Miramar’s main asset is an enormous gold area in the Hope Bay area of Canada’s Nanavut territory where the total supply size may be in excess of 10 million ounces. Newmont announced on Wednesday that they were going to get Canadian Gold Miner Miramar for $1.53 billion dollars. At $1.53 billion dollars, Newmont is roughly paying $153/oz for each ounce of gold.

Anticipate more consolidation between gold majors looking to add major deposits due to declining mine production and mid-tier gold companies looking to consolidate and become the next major.

The Gold Price should retest the old high sometime in the 2nd quarter of next year with new highs made late in the year. 2009 must bring a test of the $1,000 level. After that the sky is the limit. A lot depends on the US elections but the trend is up.

The gold longs have been holding strong in the face of some serious selling which looks to be drying up. This may indicate the end of Central Banks ability to keep down the gold price. The key here will be submission by the jewelry buyers. Stores in India have been switching to costume gold jewelry and China is encouraging silver and palladium.

The central banks might just decide to pace aside as they realize that as the US destroys its currency and they are forced to defend their own it makes no sense to sell gold into the market.

While this article that I have read said a long term price of gold does not affect the price of gold today it is a significant piece of news that bears watching for the long-term. Indian Union State Minister for Mines T. Subbarami Reddy told a seminar in India that the Indian Central Government has decided to stop the importing of gold and diamonds within the next 10 years and that the government plans on emphasizing the examination of diamond and gold in the nation’s five gold and diamond states. 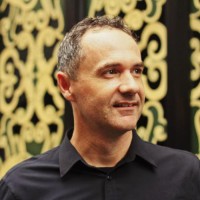 James Clark is the editor of Goldscape.net. Originally from Melbourne, he has been a digital nomad since 2003, running a location independent business while travelling the world.

Goldscape.net publishes a weekly roundup of the latest gold news and provides information on how to buy gold and gold-backed cryptocurrency.

More about the gold newsletter.