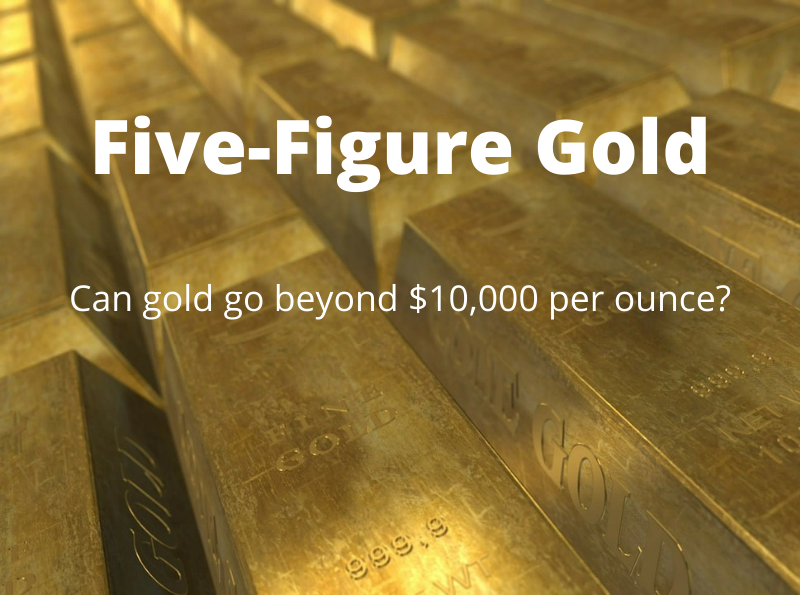 When the price of gold broke through the $1,000 barrier for the first time in 2008, it wasn’t long before there was speculation if gold could break through the $10,000 per ounce barrier. Of course it’s more difficult for exponential growth over linear growth, and more conservative analysts were content with setting their sites on the next one thousand to $2,000 USD per ounce.

With the spectacular rise of Bitcoin though, gold investors have wondered why gold has not reached five figures yet. It now seems a fair question to ask if gold can emulate the kind of explosive growth that Bitcoin experienced.

Is gold able to experience the same kind of exponential growth that Bitcoin experienced?

I’m not in the prediction business, but as a curator of gold news I keep a file of gold price forecasts made over the years. Most of the predictions err on the side of caution, and during a bull run it’s easy to be right most of the time.

Since gold reached $1,000 there have been predictions almost every year that gold will eventually reach $10,000. It’s harder to make the big calls though, so most predictions are looking towards the next thousand dollar barrier.

Most of the 10K gold predictions don’t have a target date either. While looking through the Bitcoin price predictions I found an investor who predicted that Bitcoin would reach 10,000 within three years. At the time of the prediction, the price of Bitcoin was trading around the $400 mark. Bitcoin ended up reaching $10,000 a couple of months after the three years. Will there be a commentator that will accurately predict $10,000 gold?

Another question to ask is, would you really want $10,000 gold? According to Peter Hug from Kitco Metals, $10,000 gold would mean the end of the financial system as we know it.

Here are some of the gold price predictions by prominent pundits, from $10,000 and beyond. This list will be continually updated when predictions are published. If you know any other predictions on the record, send them in for inclusion.

$10,000 within 10 years – Incrementum AG In Gold We Trust report
Gold price to $10,000 within 10 years if inflation picks up, look for record highs in December – Incrementum
“In their latest research, fund managers Ronald-Peter Stoeferle and Mark J. Valek, reiterated last year’s call that gold prices could push close to $5,000 an ounce within the next ten years. However, they added that the risk is growing that gold prices could nearly double within the decade.”
Price at forecast: $1,896.17 USD/oz on 27 May, 2021.

$10,000 – Nick Barisheff, CEO of Bullion Management Group Inc.
Rising debt will lead to $10,000 gold: Barisheff
“Growing debt levels in the developed world will continue to bolster gold into the foreseeable future, bringing with it the potential for the precious metal to eventually reach $10,000 an ounce, noted gold bull Nick Barisheff told a forum in Toronto.”
Price at forecast: $1,616.50 USD/oz on 6 January, 2012.

$10,000 price target for 2015-2020 – Dr Krassimir Petrov
How high can gold go before peaking – Gold Dow Jones ratio important indicator
“To summarize, I believe that both deflation and very strong inflation are not very likely. The likely outcome will be stagflation. Then a $10,000 price of gold is consistent with this view. This is my price target for 2015-2020. My advice is simple – stay with gold and you will be fine in the long run. ”
Price at forecast: $924 USD/oz on 19 February, 2008.

$10,000 Gold: Why Gold’s Inevitable Rise Is the Investor’s Safe Haven by Nick Barisheff.

“$10,000 Gold is far more than a financial book. It is a tool of survival and prosperity. It leads the reader to a deeper understanding by showing the global economic and demographic trends that support a rational prediction for gold’s future value. $10,000 Gold advocates ownership of physical, uncompromised bullion and explains the benefits of a safe haven that has preserved wealth for more than 5,000 years.” 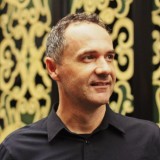 Get smarter about gold with our free newsletter for gold investors.

Goldscape.net is a resource for how to buy and sell gold online with fiat or cryptocurrency.

Safely and securely buy and sell gold online at the lowest trading rates.

Buy 100% allocated gold stored in Swiss vaults, or have gold coins and bullion delivered to you.
How to buy gold online